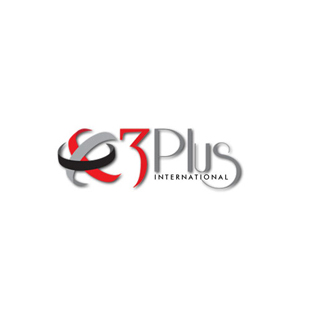 3 plus international published a story about my career change.
You can read it on 3plus Website or below.

Thank you Dorothy for the publication!

Meeting new people and trying to understand them is one of the things I love most in life. I grew up in a researchers family. Both my parents and their friends were either university professors or researchers so a career in research was an obvious choice for me. Before the age of 33, I never even asked myself if the role of researcher was what I wanted. It seemed just obvious.

The only question was – what other area could I go into? Since I was a teenager I have been interested in children. At that time I wanted to become either a child psychoanalyst (influenced by Francoise Dolto) or a child anthropologist (influenced by Margaret Mead). I chose anthropology for my master’s degree, and sociology for a postgraduate degree.

At the start of my career I worked as a sociology researcher for 7 years, specializing in the sociology of migration. I loved those years and the meetings with the new interesting people I met, learning so much from the migrants I interviewed. Some were women well into their 50′s who had migrated alone. Many had been working as cleaning ladies or babysitters in Spain, after careers as secondary school teachers or civil servants in their country of origin hoping to start their lives again. Some, behaved as youngsters and were fulfilled. Others, of course, lived with their memories, sadness and unrealized dreams.

I wanted to realize mine. In 2007 I decided that research was no longer my dream. I wanted something more, to influence events and to be proactive. I started to organise science promotion events, wrote research projects and set up and led an international researchers’ mobility center. I achieved good results and I was happy. Nevertheless something was missing. I wanted to have a bigger influence on the general direction of my organization and make structural changes. In an organization with 5000 employees this would have taken me years… if ever. I decided that what I needed was to become my own boss, and be the only person in charge, so I could bring change.

I spent months on different business ideas. Last winter, over a glass of wine with my two best friends, I had an excellent idea. We had one of those teenage discussions which change the world… or at least changes careers. They asked me again the same old question they had been asking for the last 20 years. “Why don’t you become a photographer?”

As usual I found some excuses – it’s not possible, it’s too late, etc. I tried to convince myself that the excuses were true. although for the previous 30 years photography had always played an important part of my life and had been part of my continuous education. Since the age of seven I have been happy taking pictures of both strangers and friends. It gave me joy and satisfaction but equally models were happy with the results. Nevertheless during all those years I never thought that photography was a possible career. It was just out of my range.

This spring after some sleepless nights I decided that I have to give it a try. That there is no reason not to follow my passion and it was definitely not too late. Shortly after I took the decision, I had several offers for paid photo-shoots, without really advertising it. Nice coincidence! I attended more workshops, organized my first solo photography exhibition, bought studio equipment, hired a photo studio and finally this September left my secure government-funded job. I was offocially a career changer!

Now my specialty is portrait photography. I love taking pictures of children and women. With my pictures I aim at showing the beauty of ordinary people. In order to be a good portrait photographer you have to love and understand people. And I do for sure. I try to make every photo-session a very special moment for any client. An experience during which they are the most important person.

I’m more than happy with my career change decision. It gives me real pleasure to see the happiness in my clients’ eyes when they discover their portraits. The satisfaction is even greater when only some minutes before the shot they apologise for being unphotogenic!

Educated in Romania, Bulgaria, France and Belgium, Switzerland and USSR, Ralitza has an MA in History and Anthropology and studied Sociology of Migrations in pursuit of a PhD . She has recently thrown caution to the wind to follow her passion of photography. Ralitza was a great hit as our photographer at the 3Plus Mini – Mentoring event in Brussels as well as the JUMP conferences in Brussels and Paris. Her favorite photography subjects are babies, children and women. You can reach her at her studio in Uccle, Brussels or contact her for an appointment at your own location.

This site uses Akismet to reduce spam. Learn how your comment data is processed.